Vertu Motors plc, the Gateshead-based motor retail group, has acquired the naming rights to the Eagles Community Arena in Newcastle in a five-year deal.

The purpose-built community, events and sports arena, which is home to the Newcastle Eagles basketball club, the most successful British Basketball team of all time, and the award-winning Eagles Community Foundation, will now be known as the Vertu Motors Arena.


The deal will see signage featuring the Vertu Motors name added to the Scotswood Road venue’s exterior, as well as new branding throughout the popular destination, which will be seen by hundreds of thousands of people visiting the city and watching British Basketball League games live on Sky Sports.


In addition to being the state-of-the-art venue for top-flight men’s and women’s basketball, the venue, which is owned and operated by the charity foundation, is a community and education hub with flexible spaces to host a wide range of business, entertainment and sporting events – ranging from meetings, conferences and weddings across its hospitality spaces up to large scale exhibitions and events in its multi-purpose arena with capacity crowds of up to 3,000 people.

As part of the arena’s firmly rooted commitment to its local area, since the start of the pandemic it has also been utilised as a COVID-19 testing centre, a base for food and sporting activity pack distribution and most recently it became the region’s biggest vaccination centre with up to 5,000 jabs being administered on site over a weekend.

Vertu Motors has a long-standing relationship with both the club and the charity. The region’s most successful sports team’s staff and players drive an iconic fleet of cars from the arena’s neighbouring Vertu Motors Honda dealership, which extended its support further into developing future generations of basketball players by sponsoring teams of young players participating in one of the foundation’s outreach programmes.

Robert Forrester, chief executive of Vertu Motors plc, said: “We are delighted to have our name above the door on this important events, sporting and community venue.

“The Vertu Motors Arena is a standout landmark in the city, which is visited not only by sports fans but businesses and local people and to have our name associated with it is an excellent opportunity for the business.

“The Arena is a hub for the local area, and we are proud to have the chance to support the valuable work the Foundation does and the many community initiatives that make the Arena a genuine community asset.

“Newcastle Eagles are an iconic sports team in the North East and one we are already working in partnership with and to extend that collaboration is extremely exciting.”

Sam Blake, chief executive officer of the Eagles Community Foundation, said: “It’s fantastic to have such an incredible investment from Vertu Motors for the future of the foundation, this venue and our community.


“The past twelve months have been a tough road to walk for all of us, so we hope this news brings a much-needed boost and a smile to all of our Eagles families, friends and volunteers.

“We know everyone is looking forward to the return of sport, leisure, education and events over the coming months and we can’t wait to welcome it all to our newly renamed Vertu Motors Arena.”

The Eagles Community Foundation is a charity that works in partnership with over 200 schools, delivers a significant club development programme along with an elite performance academy, working together with higher and further education institutions across the region.

In 2019 the charity completed the build of its Scotswood Road multi-purpose arena home, to be a venue for business, community, education, entertainment and sporting events as well as a base for its own regional outreach activity.

A combination of the foundation’s full and part-time coaches deliver activity across Tyneside, Wearside and Northumberland on a daily basis, delivering over 150 sessions per week, including its acclaimed ‘Hoops 4 Health’ primary school programme working with 80 schools and over 7,000 young people annually.

In addition the Eagles Community Foundation operates 30 junior clubs sites across the North East and the league for nearly 100 teams of young people to compete in, called the Eagles Central Venue League, taking place at the arena with over 1,500 players and spectators attending every weekend.

Over an academic year foundation staff engage more than 20,000 young people across a network of school, after school and outreach work.

Twelve clubs face each other in each league with an average of 21 home games across the four competitions; the Championship, Cup, Trophy and Play-Offs.

The BBL club has won 26 trophies in 17 seasons and in 2019 they moved into their the state of the art new arena on Scotswood Road. 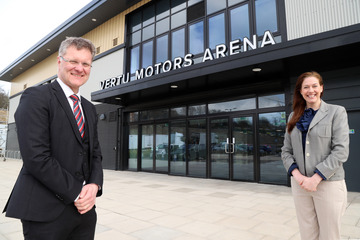 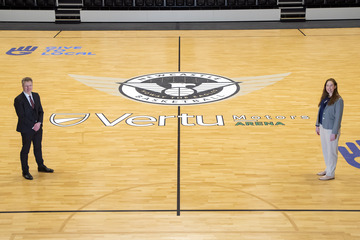