The married father of three, is an ex-director of Scunthorpe United and he raced a Volkswagen Caddy for three seasons in the televised Volkswagen cup. He is a keen golfer and, having recently built his own house, a gardening enthusiast.

Simon said: “I am delighted to be part of an energetic and progressive Group to support its growth in the commercial sector.

“I hope my experience in the commercial vehicle sector can not only be expanded but shared with the rest of the team and I’m looking forward to working with some fantastic industry professionals.”

Robert Forrester, chief executive officer of Vertu Motors plc, said: “Commercial vehicles are a crucial element of our business and Simon brings a wealth of expertise to the role. I am greatly looking forward to working with him.” 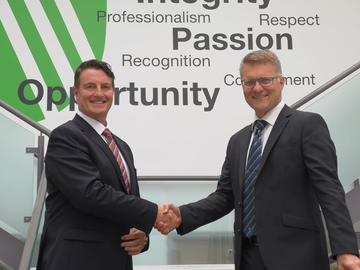