Vertu Motors plc is consolidating its presence in Nottingham with the relocation of its current Kia dealership. The Kia business was acquired in October 2020.


It will move from Old Basford to the existing Nottingham Volkswagen North site on Mansfield Road in Daybrook in June 2021. The newly branded Kia dealership will also operate with Volkswagen Authorised Repairer status and with an approved Volkswagen used car sales department. This will allow existing Volkswagen customers to still have full service and repair requirements met by the dealership.

The new car operations will transfer to alternative Volkswagen sites owned by Vertu Motors in April, including Nottingham Volkswagen South and Mansfield Volkswagen to facilitate the redevelopment of the showroom for Kia.

Robert Forrester, chief executive of Vertu Motors plc, said: “As a company that is continually growing and evaluating its portfolio, we believe we can further develop the Kia franchise in Nottingham through these changes.

“Kia in the UK has demonstrated over the last decade what huge potential it has, and we can create a franchise leading facility at the current Nottingham North site once the redevelopment is complete.

“Our successful partnership with Volkswagen in Nottingham and the region will continue with our large Nottingham South dealership being the destination for Volkswagen new car sales in the City.” 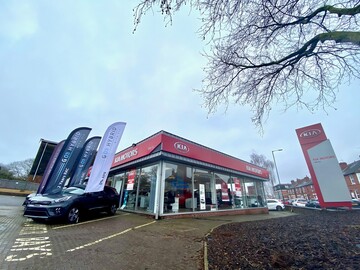