3/8/2020
Vertu Motors, one of the UK’s largest motor retailers, which has 136 MOT testing centres across the country, is warning motorists not to risk driving illegally as the rules for MOTs are changed.


Cars ordinarily needing MOTs, as well as those due under the rules of the MOT extension, will create a significantly increased demand for testing appointments in October through to January, and drivers are being urged to book their MOT over the summer when demand is likely to be less.


Following the easing of lockdown restrictions, all drivers whose vehicle is due for an MOT test from 1 August will be required to get a test certificate to continue driving their vehicle. Drivers with an MOT due date before 1 August will still receive the six-month exemption from testing, but can have their vehicle tested sooner if they wish.

According to the Driver Vehicle Standards Agency (DVSA), five million fewer MOT tests were carried out in April and May 2020 than in the same months last year.

Although the Government stressed that all vehicles must continue to be properly maintained and kept in a “roadworthy condition”, with the risk of prosecution if a vehicle is found to be unsafe, driving associations including the AA and RAC have raised safety concerns. The annual MOT test offers great peace of mind that the key safety aspects of a car’s condition have been thoroughly checked by a professional.

Robert Forrester, chief executive of Vertu Motors plc, said: “We all saw the stampede for hairdressing appointments when the government gave the green light for reopening, and this is what could happen at MOT testing centres in October.

“If everyone tries to book an MOT at once capacity in the UK motor sector will be challenged. With many millions of drivers taking advantage of the MOT extension it is sensible to make an appointment at the earliest opportunity.

“Delaying could easily lead to a frustrating situation where the vehicle is not legal to drive and even lead to serious safety concerns if the roadworthiness of the car or van has not been checked for a significant time.”

For more information on MOTs and the safety precautions in place at Vertu Motors test centres - https://www.vertumotors.com/aftersales/mot/ 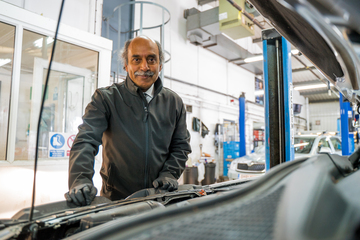