A Widnes woman has been using her furlough time to support Widnes Foodbank as a tribute to family and friends who are key workers.

Janet Cartwright, used car sales administrator at Bristol Street Motors Nissan Widnes, has worked for the dealership on Moor Lane for 12 years and wanted to extend her help to her local community by volunteering for the foodbank.

Janet said: “I started volunteering at Widnes Foodbank after I had knocked on approximately 150 doors near to my house and asked if they could donate just one item. Everyone amazed me by actually filling the back of my car!

“When I delivered it to the foodbank I asked if they needed help and left my name if they wanted to contact me. I received an email a few days later and I started helping straight away, and I will continue to do so until I return to work.”

Many of Janet’s close friends and family are key workers, making volunteering much more important to her.

Janet’s husband Neil is a tanker driver and has been delivering products that are used in the manufacture of hand sanitiser gel as well as pharmaceutical products. Her daughter Sophie works for a shipping company that brings in blood for the NHS.

Janet’s best friend Sharon is a care worker looking after the elderly in a care home and her long-time friend Paula works in a supermarket stocking shelves. Janet said she ‘felt useless’ sitting at home while everyone was out working.

Janet continued: “There is only so much washing and cleaning you can do, so if you can help just one person that’s got to be good.

“We have also set up a ‘brew time catch up’ group chat with some of the people at our dealers. It has been a great way to keep in touch and to help each other stay positive during this difficult time.”

Vicky Ferguson, Project Co-ordinator at Widnes Foodbank, said: “We would like to say thank you to Janet for her support. We rely on donations from the public and during difficult times like this, demand increases but donations may not. She joined us along with a number of other furloughed workers just as we were asking for volunteers. As our regular volunteer force had to stay home due to being in the at risk group, over 70, we were glad to have people step up and help, as Janet did.

“If anyone is in a position to help their local foodbank, then please do!”
Robert Forrester, chief executive of Bristol Street Motors, said: “Every day I am hearing stories of wonderful community work furloughed colleagues are carrying out in their local communities.
“I am very proud that the ethos of the company is being upheld in so many different ways in these challenging times.”

For more information on how Bristol Street Motors is supporting key workers during the pandemic, please visit: bristolstreet.co.uk/keyworkers. 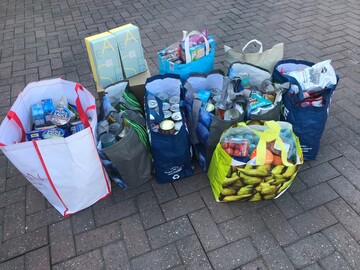 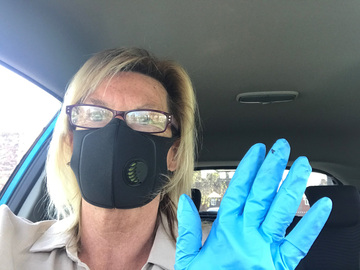