The project – which cements Teesside’s position as the leading green hydrogen zone in the UK – aims to generate green jobs and economic opportunities for the local community and region.

Current plans are for the site to include up to 40MW of electrolysis capability, developed in two phases, including hydrogen storage. The building of a hydrogen production facility will provide Protium with the infrastructure necessary to generate renewable green hydrogen energy, with plans to supply local manufacturers once built.

The project will include the development of green hydrogen storage to support the largest PEM electrolyser in Teesside, thus enabling local manufacturing and logistics businesses to transition from natural gas and diesel energy sources.

The project will be completed by 2026, subject to planning and engineering works - creating jobs during the construction and sustained employment during its operation.

In March 2021, the UK government announced its £3 million investment to develop Tees Valley as the UK’s first ever hydrogen transport hub, which could create up to 5,000 new jobs as part of the ‘build back greener’ campaign.

Additionally, as part of the March 2021 UK Spring Budget, Tees Valley was announced as one of the first and largest areas to gain Freeport status in the UK. These two factors mean Protium believe there is immense value in securing strategic land parcels in the area and helping to create a ‘hub’ infrastructure project, which will place Protium in the prime position to provide green hydrogen to surrounding off-takers as well as the ability to tap into the maritime market.

The location of the proposed plant at Wilton Universal Group’s site, adjacent to the River Tees, is within the Tees Valley Freeport. Wilton Universal Group recently acquired 58 acres of land and facilities at Haverton Hill, which abuts its existing Port Clarence Offshore Base, taking its site to 112 acres to expand its own operations as well as welcome other companies, such as Protium.

Commenting on the project, Chris Jackson, CEO of Protium, said: “We are pleased to announce that Protium will be embarking upon building the largest green hydrogen facility in the North East at the Wilton Universal Group’s site in Teesside. The project will allow us to work with local businesses to decarbonise their operations, and the area’s deep industrial legacy provides the perfect infrastructure foundations for us to leverage.

“The growing hydrogen hub offers a faster route to market for the deployment of this clean energy source, so we’re very excited to be part of the transition to a greener economy and future in the heart of Tees Valley.”

Bill Scott, CEO of Wilton Universal Group, said: “In addition to expanding our own capacity, the acquisition of the Haverton Hill site will enable other companies like Protium to take advantage of Teesside’s exceptional skills and expertise in the energy sector and our location within the freeport, and to play a major part in this area’s contribution to the energy transition and a low carbon future.”

Ben Houchen, Tees Valley Mayor, said: “I am delighted that Protium will be developing a green hydrogen production facility in Teesside, contributing to making our region the leading production site of green hydrogen fuel in the UK.

“From carbon capture to offshore wind and hydrogen production Teesside is at the forefront of delivering the government ambitious target for the U.K. to be net zero by 2050. This is just the latest investment that is delivering the cleaner, greener and healthier future for local people right across Teesside, Darlington and Hartlepool.”

Further details about the project will be announced towards the end of Q4.

Protium is a UK-based hydrogen solutions provider for project operators, developers and investors. Founded in 2019, the company provides services including project origination, design and funding to support the deployment of hydrogen and fuel cell technologies.

Wilton Universal Group is a multi-discipline Engineering Services provider based at a 112-acre site adjacent to the River Tees in Middlesbrough, North-East England. It specialises in large scale fabrication, construction, industrial coatings and associated services for onshore and offshore energy industries and possess a strong and diverse portfolio of successfully completed projects.

back to Wilton Engineering 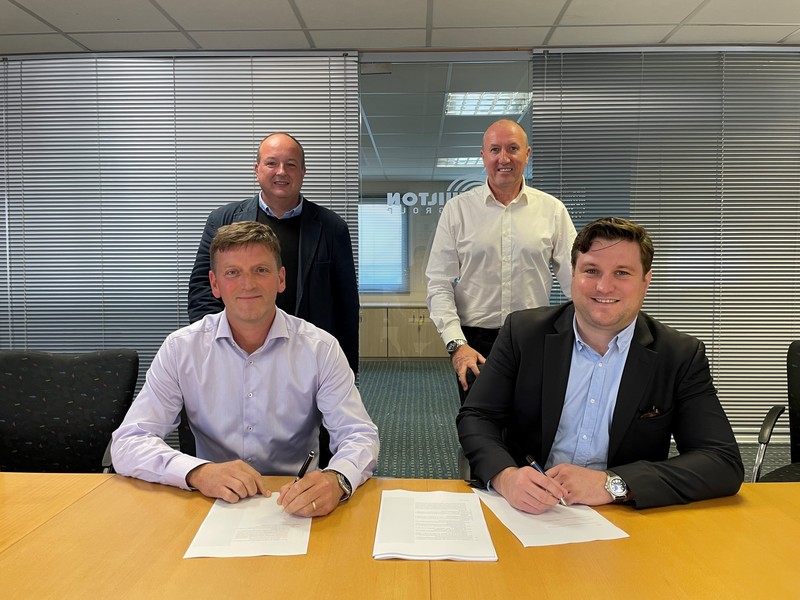